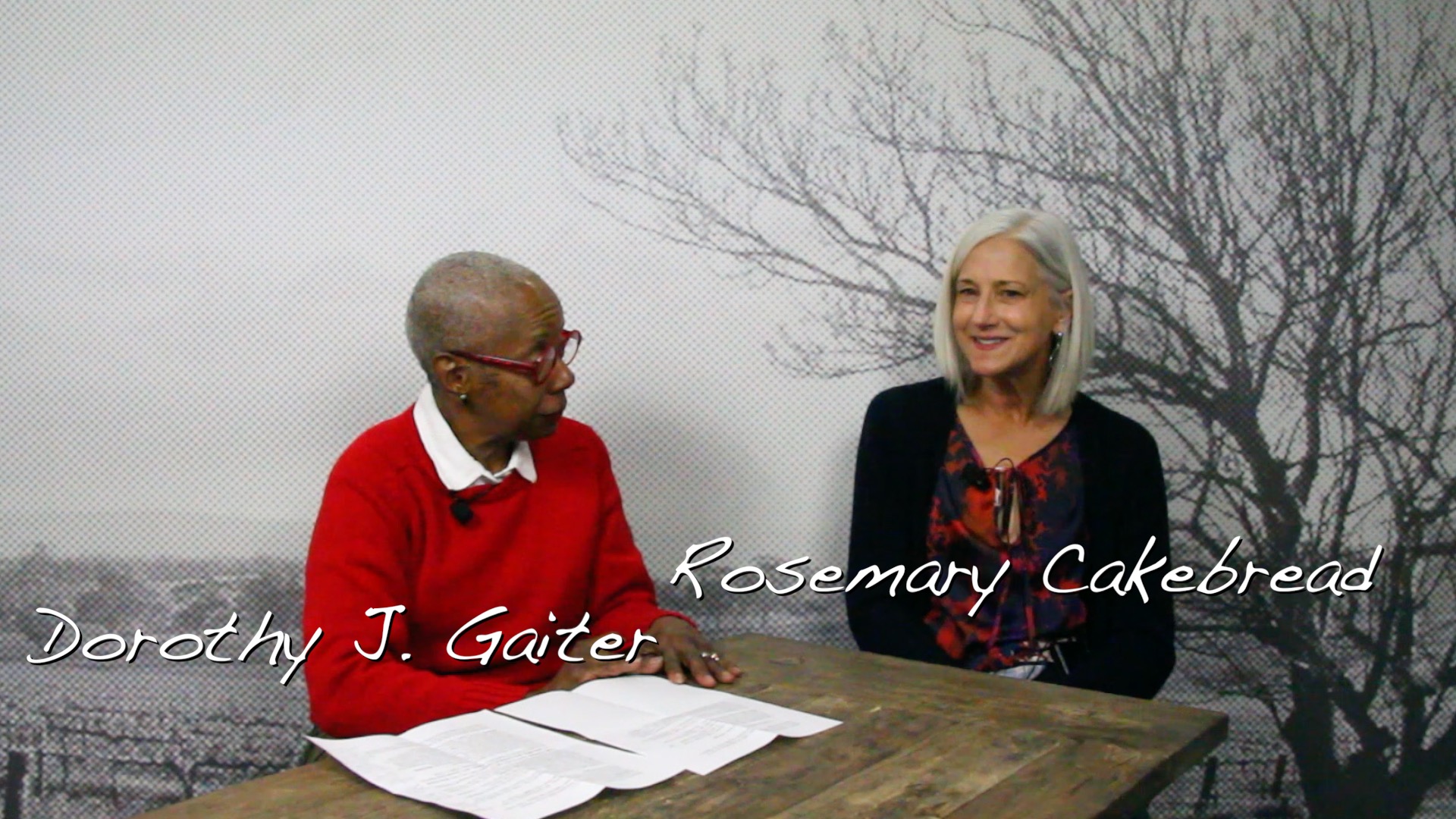 If you walked into a room of people and looked carefully at each face, you’d keep coming back to Rosemary Cakebread’s. With her white hair and wise and warm eyes, there’s almost something ethereal, mystical, about her. And I swear, the woman has a Mona Lisa smile. She looks as though she’s figured out something wonderful and is enjoying the heck out of her knowledge.

And you know? That would be how to make Napa Cabernet Sauvignon that balances finesse and power. She has been working in Napa since 1979, many of those years at pioneering organic Cabernet specialist Spottswoode Vineyard & Winery in St. Helena. 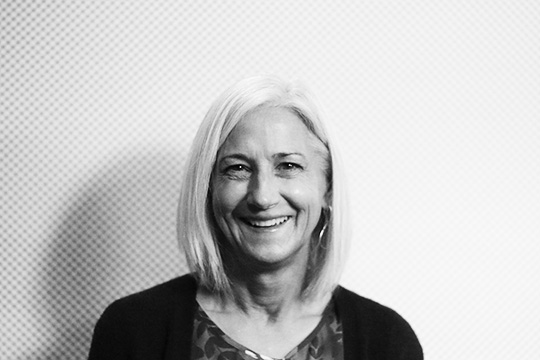 Last year marked the 10th harvest of Cakebread’s own tiny, organic winery, Gallica, in St. Helena, which produces 1,000 cases total, including her Suzuri Series of Rhône varieties. When we met recently at The Grape Collective store on the Upper West Side, she brought her stunning 2009 Gallica Cabernet Sauvignon, $139 (the current vintage is 2013), and her beautiful 2015 Albariño, Calaveras County, the debut vintage of the only white wine she makes at Gallica, $36.

“Cabernet Sauvignon is what I know and I love making,” she told me when I asked why Cabernet.

And the sole white?

“I knew I did not want to make Chardonnay or Sauvignon Blanc. There are many, many great ones out there already and always a big ocean to swim in,” she told me. “I was looking for Chenin Blanc, Albariño, some fun, unique white varieties.

“I stumbled upon Matthew Rorick, who has Rorick Heritage Vineyards in Calaveras. He and his cousin Alex manage that together. I spoke with him and he said, ‘Come on and take a look.’ I was kind of blown away. It's an amazing vineyard with limestone outcroppings and really steep, just beautiful.”

The Albariño has 11% Muscat Blanc in it, which gives it a beautiful, lush nose.

“Great aromatically and it adds some texture and body to the wine,” she said.

Which brings us to the importance of aromatics and the name Gallica, the label, and Suzuri. Gallica is the name of an ancient rose that has been used for centuries in perfumes. Cakebread, 59, has been a student of aromatics since she worked at Domaine Mumm, now Mumm Napa Valley, helping to blend sparkling wines with Guy Devaux, a founder of Mumm Napa and its first winemaker, who was sometimes joined by Perrier Jouet’s chef du cave, Michel Budin. This was when Mumm Napa was a start-up and operating at Sterling Vineyards. 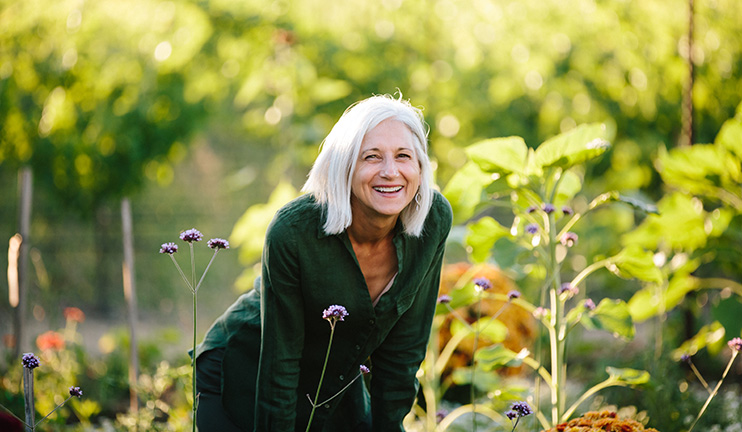 “For me, it is so much about aromatics,” Cakebread said, “even with the reds. And of course there is tannin and all the things that one would expect. I guess the way my brain works is I’m really thinking about what things smell like.”

Remember my reference to the mystical qualities about her? Well, it probably helps to explain here that she lived in Japan for four formative years. Her father was a pilot for World Airways, flying medical and military supplies from Japan to Vietnam during the Vietnam War. She went to the American School in Tokyo, and was not a happy camper, she said, when her family moved her, just before high school, to Petaluma, a much smaller community in Sonoma and a smaller, new school.

Japan had opened her eyes “to a new world in ways I still appreciate, especially Japanese art, ceramics and food,” she said. The Gallica label was inspired by Japanese ink prints. Suzuri is the name of the stone upon which solid ink sticks are ground and water added to the powder to make and contain the ink solution for calligraphy.

About that other name, Cakebread. When our daughter Zoë was at Skidmore College, her adviser, Gordon Thompson, former music department head, Beatles expert and wine lover, told us during a parents’ weekend that he had among his students the offspring of three sets of wine professionals. Aside from Zoë, an awesome drummer who recently concluded her third national tour, this one with Sad13, he taught a Cakebread and a Benham, the latter a son of one of the founders of Blackstone Winery, which at one point made America’s Number One Merlot. What were the odds? 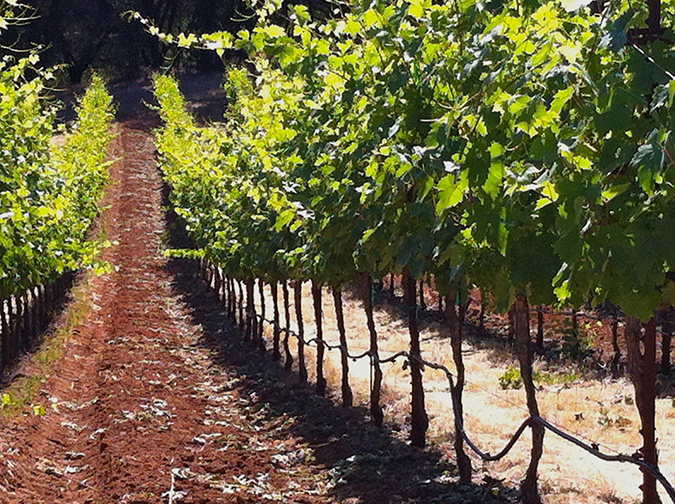 After Thompson’s standing-room only talk about the Fab Four, he introduced us to Max Benham’s father, Derek Benham, who with his brother Courtney founded a large wine company in Sonoma and the Blackstone Merlot brand, which they sold in 2001 to move on to other successful projects.

But we never ran across Bruce Cakebread, whose parents Jack and Dolores released Rutherford-based Cakebread Cellars’s first wine in 1973, or Rosemary, until recently when she was visiting Manhattan. She was taken aback when I greeted her with, “So you’re Alec’s mom.” Rosemary and Bruce also have an older daughter.

Cakebread says she has kept her marriage to Bruce and her career as a winemaker separate since graduating from UC-Davis in 1979, a year after Bruce. Even in school, they seem to have maintained some separation. Bruce first studied tree fruits at California Polytechnic University in San Luis Obispo before transferring to UC-Davis.

“We were taking some different courses,” Cakebread told me, explaining that they really hadn’t crossed paths much at UC-Davis. “I was in school with Heidi Barrett, Doug Shafer, Eileen Crane, and Mary Maher,” she added.

Pretty good company there. Barrett is famous for, among other things, making Screaming Eagle; Shafer is president and former winemaker at Shafer Vineyards, which was founded by his father, John Shafer; Crane is president and founding winemaker of Domaine Carneros; and Maher is vineyard manager for Harlan Estate. After years as Cakebread’s winemaker, Bruce has been its president and chief operating officer since 2002. We’ve enjoyed Cakebread Cellars wines for decades. Last July, I wrote about Dennis Cakebread’s yummy Mullan Road Cellars Red Blend 2013 that he made in Columbia Valley, Washington. He’s Bruce’s brother.

So back to the kid uprooted to Petaluma. During one summer, some high school friends who knew the Sebastiani family helped her get a job on the bottling line at Sebastiani Vineyards and Winery. The Sebastianis, she said, were sweet and patient, showing her how they made wine. That piqued her interest and, always a science geek, she enrolled at UC-Davis, where she could meld science and art. 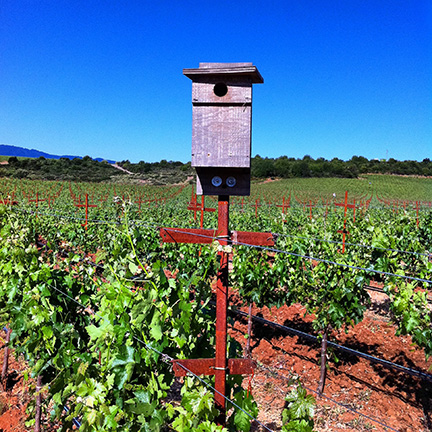 Upon graduation, she got a job in the lab at Inglenook, deep in Cabernets. From there, she worked briefly at Cakebread Cellars, getting to better know and falling in love with Bruce, who became winemaker there following UC-Davis. Still developing her own path, she moved on to Mumm and worked in Bordeaux. Spottswoode in 1997 was where she put down serious roots as winemaker for the late Mary Weber Novak, one of the first women to run a wine estate in Napa Valley. When Cakebread started Gallica in 2007, she became a consulting winemaker to Spottswoode and left that position in 2012, but still rides her bicycle over there to see her friends.

For Cakebread’s Suzuri, she sources fruit from Ann Kraemer at Shake Ridge Ranch in the Sierra foothills in Amador County for her Rhône and Mediterranean varieties like Grenache, Syrah, Mourvèdre and Viognier. From Soberanes Vineyard in the Santa Lucia Highlands, Mark Pisoni provides Syrah.

Skidmore is a small college. It’s likely that we saw the Cakebreads but didn’t know who they were. It’s great, the connections that are possible through wine.