Jancis Robinson on natural wine, the importance of “points” and the rise of the hipster sommelier 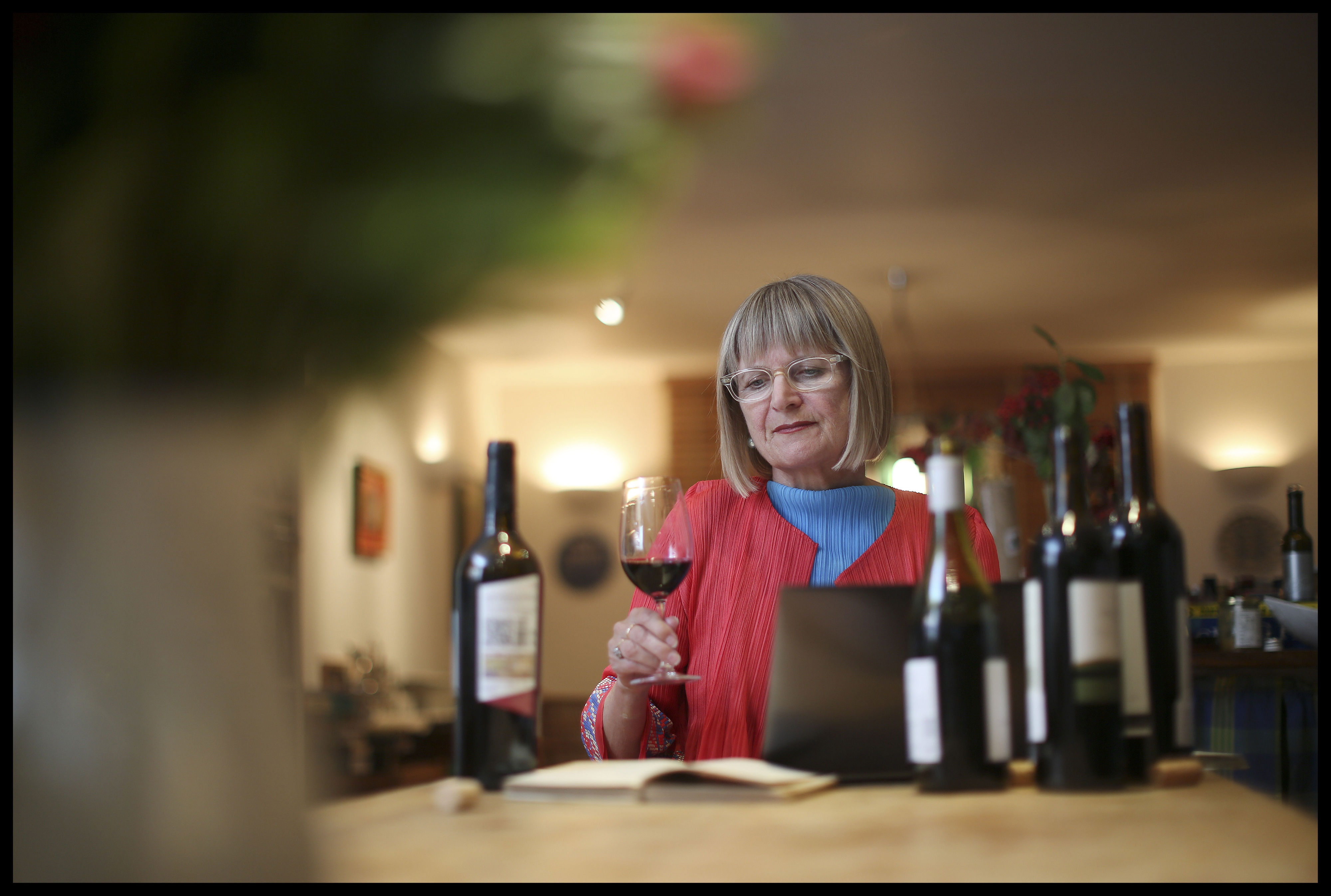 Jancis Robinson, the London-based Master of Wine considered by many to be the most important wine critic in the world, was in town last month to launch the fourth edition of her definitive tome, Oxford Companion to Wine. At 825 pages and 6 pounds, it is weighty in both the figurative and literal sense, and still referred to as the “bible.” Robinson sat down with me to share her thoughts on natural wine, the importance of “points” and the rise of the hipster sommelier.

How dramatically has the world of wine changed since the first edition of Oxford Companion to Wine was published in 1994—one decade after you became the first person outside of the wine industry to pass the grueling Master of Wine exam? 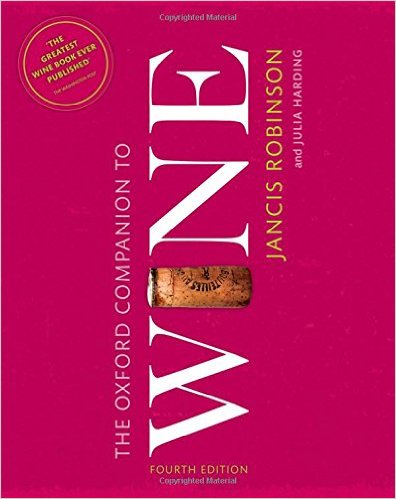 The changes have been massive. Even since the last edition in 2006, so much has changed—I spent two solid years working on this edition, with the help of 187 brilliant contributors around the world. I had to significantly update more than 60% of the text and added 300 new entries. For example, there were new entries for Hong Kong, wine fraud, apps, pétillant-naturel (“pét-nat”), orange wine—even, extraordinarily, minerality, which wasn’t included previously. Natural wine is another new entry—it was just beginning in 2006 and was a very fringe movement.

It’s fascinating that the natural wine movement has gone from fringe to becoming such a hot button of controversy in well under a decade. Do you think the quality issues—due to bacteria in cellars and the use of little or no sulfites—have become less problematic in recent years?

The quality of natural wine across the board is going up and the number of horrors is going down. The only thing I don’t approve of is the “all or nothing” mentality, and the zealotry that sometimes attaches itself to natural wine. You have people who say that anything that isn’t 100% natural is evil. I think some of the Parisian wine bars are guilty of this.

What wine regions have you been the most excited to discover in the last few years?

There are many places that thrill me in terms of novelty. But what I’m most excited about right now is the Southern Hemisphere. I know in New York City it isn’t fashionable to talk about wines from these regions, but I am extremely impressed with the new generation of winemakers in South Africa, and the new regions in Chile—many of which are old regions being rediscovered, such as Maule. I am banging the drum whenever I have a chance, since I do see a blanket feeling in places like New York that all wine must come from Europe. I believe my job is to try to expose some of the developments in countries which are regarded as merely sources for cheap and cheerful wine.

You’ve been a passionate advocate for South African wines, which have not achieved the foothold in the U.S. that they have in the U.K. market. What will it take for this to change?

I think the new generation in South Africa will change people’s opinions. Winemakers like Eben Sadie, Chris and Andrea Mullineux, and Adi Badenhorst, among others, will open people’s eyes: These aren’t copies of French bottlings, but wines that are uniquely South African. It’s not the case that Europe has a monopoly on terroir or artisan production.

What do you make of the rise of the hipster, casual, hyper-cool sommelier? Is this group helping to democratize wine or creating an exclusive club?

I think it’s fantastic that there are so many young people excited about becoming wine professionals; it creates a great energy. I do sometimes fear that this new group hunts in a pack a bit too often. On this trip to the U.S. I’ve seen some terrific wine lists with lovely things on them, but many of them are the same. Because the sommelier community is quite tight-knit, it’s quite easy for prejudices to take hold, and easy to become closed minded.

How does this differ from the sommelier scene in the U.K.?

Sommeliers in the U.K. don’t have the same status, yet anyway. They tend to be young and they tend to be French because it’s much more interesting to be a sommelier in the U.K. than in France; the hierarchy isn’t as strict and you can taste a much wider range of wines. In general, things aren’t as extreme in the U.K. as they are in the U.S.; whether it’s the worship of points in the old days to the worship of sommeliers today. Our scene just sort of putters along. 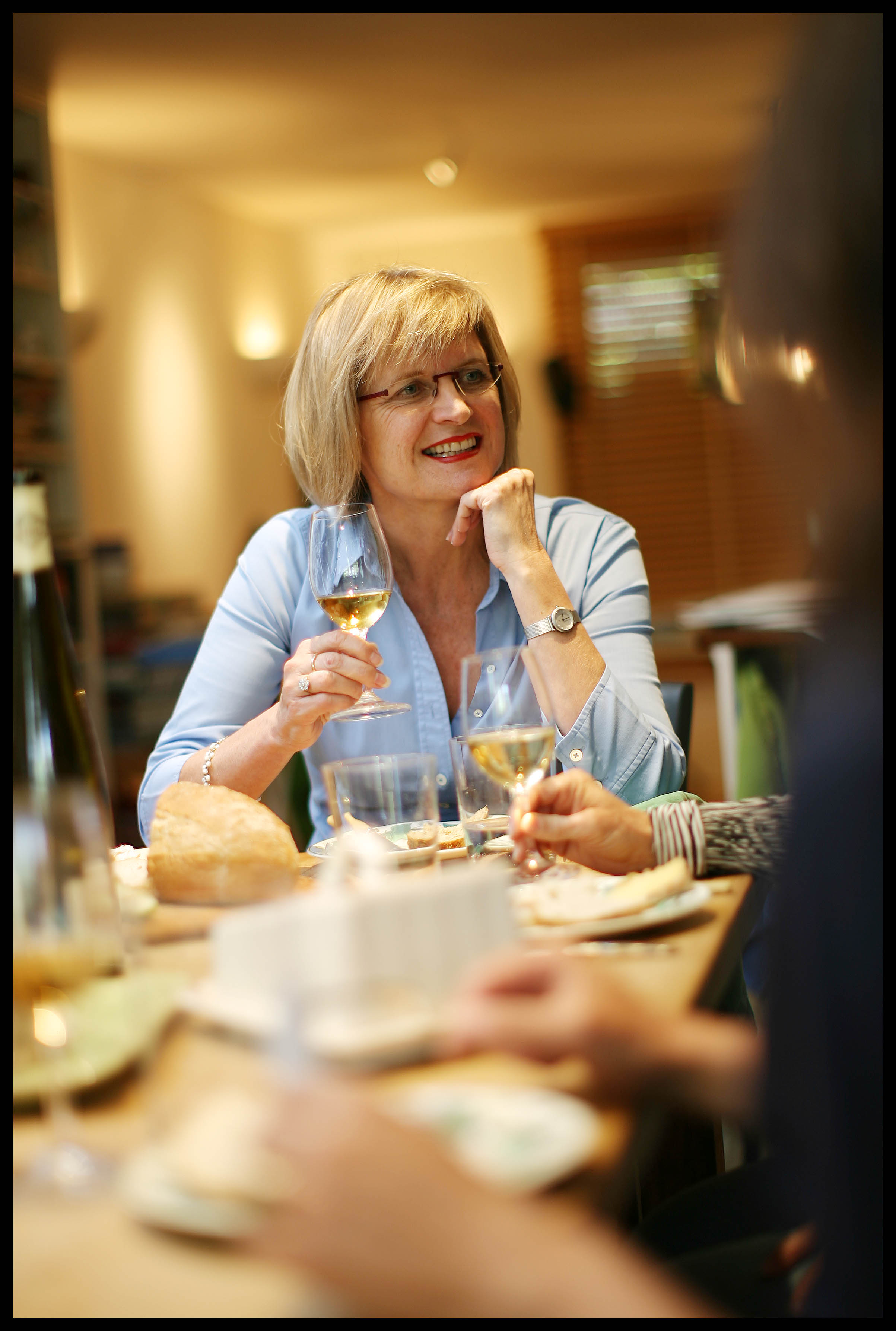 How do you see social media changing the way we talk about wine?

It’s been a very good thing for the industry, I think. Throughout my working life, I have always tried to educate, entertain and give consumers enough confidence to make their own decisions. Today many people feel comfortable getting their wine information from Instagram. Even if that means fewer people buy my books, I can’t complain because it’s good for us as a wine community. There was a time when someone like me could hand down opinions from on high and never be challenged. Nowadays people can comment and engage, and call my opinion rubbish. We are held accountable I think it’s healthier.

Do you think social media is helping us move towards a post points era where scores won’t hold such power?

Absolutely. This has already happened in the U.K.; points just aren’t as important. But I am still horrified when I hear stories in the U.S. of how you can’t sell a particular wine because it received a low score. It’s just someone else’s opinion for God’s sake! However I do love to see there are more and more retailers emerging here who are relying on their own palates and ignoring the world of points.

Here we are at Corkbuzz celebrating the release of Oxford Companion, an event hosted by the Magnum Club, a society for female wine professionals. Women have come so far in the wine business, do you think there is still a necessity for women-only groups or events?

There is some magic at an all-woman event, don’t you think? I see it like Pinot Noir—we attend Pinot Noir events all over the world, but we never hear of Cabernet Sauvignon events, because Cabernet was for so long the accepted King, and the Queen needs to make herself heard. You have women like Annette Alvarez-Peters at Costco, one of the most powerful buying jobs, and Cathy Corison, who owns her own highly influential winery, and a host of important female sommeliers. But I would say that still the most powerful positions in wine business are held by men. I still think there is a bit of a fight to be had.