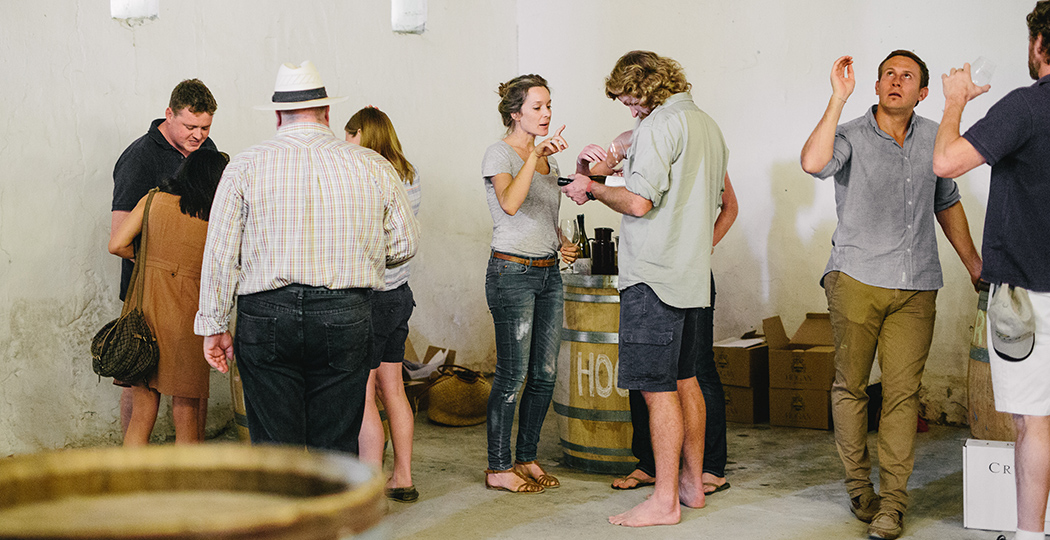 Before you go getting any ideas, the Zoo Biscuits will quickly tell you what they are not: “We’re not a formal organization, we don’t have official titles and the closest thing we’ve got to a board meeting is going surfing together,” says Duncan Savage (Savage Wines). “And as soon as someone tells us we have to elect a treasurer, we’re out.” 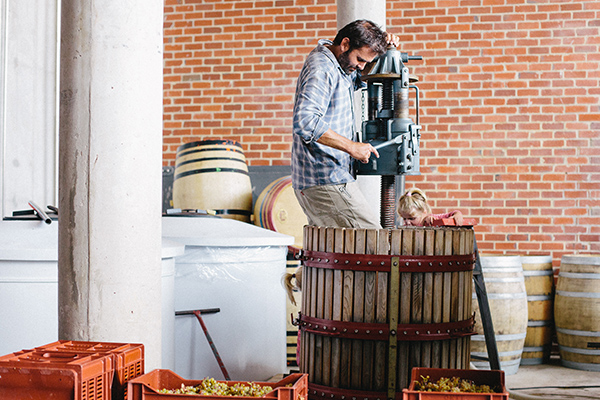 (Photo: John Seccombe of Thorne & Daughters gets an assist at the winery from his little girl)

Over dinner at a raucous Portuguese restaurant in Cape Town last month, the most formal Zoo Biscuits definition I was able to pry out of them was “a loose association of like-minded, indie wine producers” that somewhat spontaneously morphed into being last year as a way to save costs and get attention at Cape Wine, South Africa’s largest wine show.

“We simply felt we’d have more impact as a group,” Savage recalls. He was right: their stand, littered with stuffed animals and a VW bus, drew the largest crowds. So, the Zoo Biscuits have stuck together since, finding other ways to collaborate, like sharing ideas, rental space and vineyard sources. “It really boils down to none of us having rich fathers,” Thinus Krüger (Fram) half-jokingly adds.

Don’t be fooled. Despite their insouciant nonchalance, the ten-member collective represents something quite significant in South Africa’s rapidly shifting wine scene; a youth movement (the oldest ZB was born in 1978) responsible for some of the country’s most exciting wines.

It’s a country that needs crusaders at a time when the headline-making stories often reflect the immense historical and political baggage the industry is still saddled with. A recent Danish documentary portrays slave-like conditions for black workers in South African vineyards. Though the filmmaker only spotlights three farms and is accused of biased reporting, the film led to boycotts of South African wine in Denmark, and illustrates again how all producers here still battle the shameful legacy of Apartheid. While boutique producers like the Zoo Biscuits operate in a separate sphere, their business model—paying far higher than commodity prices for their grapes which elevates the role and condition of the farm worker—demonstrates the correlation between social justice and higher-quality wine. 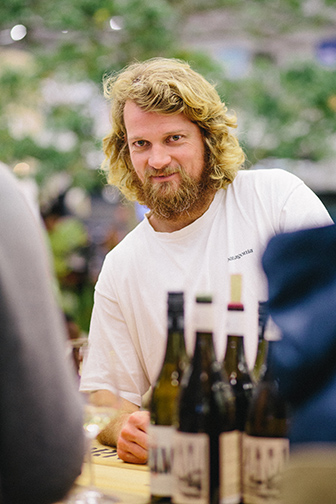 In many ways, they’ve picked up the baton from the recently-disbanded Swartland Revolution, a crusade led by luminaries like Adi Badenhorst and Eben Sadie, to shatter preconceptions—and raise quality—in that region’s wines. Yet unlike the Swartland bunch, the Zoo Biscuits don’t represent one region, scattered across the Western Cape as they are. Rather, it’s their philosophy (plus a passion for surfing) that binds them: A focus on natural winemaking, native yeasts, old vines, and a hands-off approach in the cellar with minimal use of new oak. (Think of a less-dogmatic, more fun-loving version of California’s “In Pursuit of Balance” collective.)

“Stylistically we are all pretty much in the same direction,” Savage explains. “We are producing wines that are elegant and restrained; we’re picking our grapes earlier than other producers and the focus is on natural, minimal intervention without being overly funky. We’re making honest wines.” (They’re also not cheap: Expect to pay double or even triple what you are used to for South Africa’s value offerings).

Savage’s story is prototypical Zoo Biscuit: After making his name at a well-known estate (Cape Point) he left to pursue his own passion project. Savage Wines, founded in 2011, sources fruit from windswept, high-altitude maritime sites which yield expressive, high-toned reds and whites.

A similar emphasis on freshness and texture stands out in all the ZB wines I tasted that night; a vibrancy that seems to channel the uniqueness of South African terroir. “We’re after wines with texture, as opposed to just fruit flavors,” John Seccombe (Thorne & Daughters) explains. “If you’d come here ten years ago, winemakers would have been talking about extraction, cooperage and barrels, and that’s not what we’re talking about today. We try to use as little new wood as possible.” 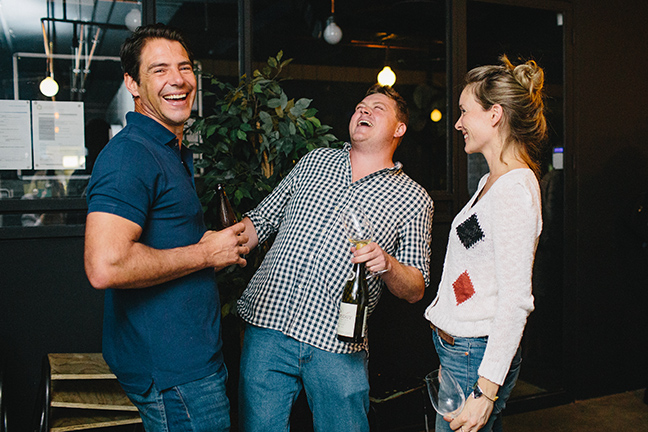 Seccombe founded Thorne & Daughters with his wife in 2012 after years of traveling abroad and working with established producers, including Ken Forrester. Like the rest of the group, he loves the freedom of not being backed by a big estate or owning his own vineyards, but it comes at a cost: “Sourcing amazing parcels from multiple regions allows us to compose our wines from the best possible ingredients without the burden of farming an entire estate to access the 5-10% of the best fruit.” But their vineyard sites are threatened, as many growers are currently pulling out old vines in favor of more lucrative, higher-yielding vines. “This is one of the greatest challenges of our generation.”

The generation gap seems to be more pronounced in South Africa, and the Zoo Biscuits bring this into focus. They are South Africans who came of age in a post-Apartheid era that was still very much defined by it. “Winemakers born post-1975 grew up in an era where we were being told that there would be massive transformation in the work place, and that being a white male would be a great disadvantage,” Seccombe says. “Many of us traveled after school hoping to establish ourselves overseas.” The pull of home and country has lured many back to start families and tap into the largely unrealized potential of South African terroir (that concept didn’t exist during Apartheid when the government gave one company regulatory powers over the entire wine industry and bulk production reigned).

They’ve brought back with them an appetite for experimentation and risk-taking. Fram’s dusty pink-hued skin-fermented Grenache Gris was one of the most unusual wines I tasted on my entire trip—was it an orange wine? Or just a rosé? Winemaker and wildcard Thinus Krüger (who requires frequent reining in, according to more than one ZB) wouldn’t commit to either: “My aim is to make the kind of wines that are interesting to me; I love leafy Stellenbosch Cabernet, though not everyone does. I think Pinotage is a great grape, many don’t agree.” Whether championing the once-widely planted Clairette Blanche, introducing amphorae pots for fermentation, or simply crafting wines with a mere 11% alcohol, the Zoo Biscuits are eager to work outside established boundaries. 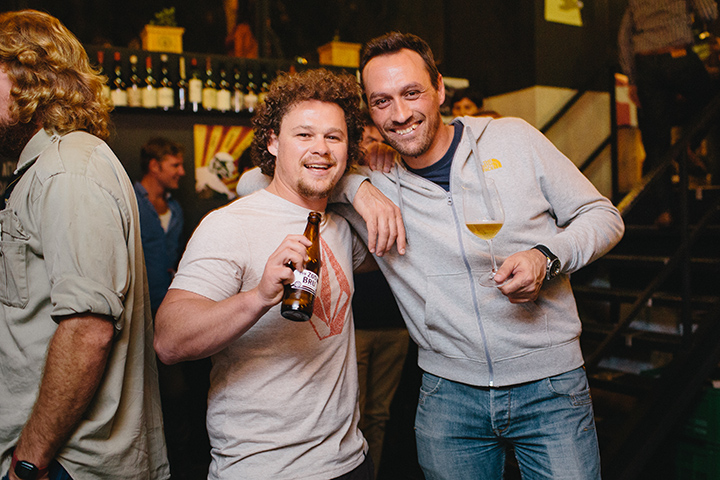 “Today we have a young and hungry generation of winemakers who have a lot of experience making wine abroad coupled with an indomitable sense of entrepreneurship,” says Seccombe. “We are a generation of South Africans starting to find and understand our place in the world. There’s an energy among us that drives us all to make better wines. The older guys don’t understand why we share so much information with each other.”

While they still view themselves as underfunded outsiders (Blackwater’s Francois Haasbroek even makes a wine called Underdog Chenin) the Zoo Biscuits has quickly become the cool kids club, and many other producers want in. But just how long will it be around?

When you’re named for an iced animal cookie popular with South Africa’s children, what happens when you grow up? “The key is to quit while ahead rather than stop because people lose interest,” says Savage. And, I offer, when South Africa becomes known around the globe as a landscape rich with small, independent producers, perhaps the Zoo Biscuits work will be done? “That’s what we hope,” Seccombe answered. “We want to use the platform for a limited time to help everyone get their brands established, and then move on.” He suspects that they will disband in 2018. “But we like to confound expectations, so no promises.”

A few ZB labels to look for:

As of publication the 2014 Cartology is available at The Grape Collective Wine Studio on Broadway in New York for $39.99.

As of publication the 2014 "Arrow Heart Semillon" is available at The Grape Collective Wine Studio on Broadway in New York for $99.99.

Duncan Savage made his name with white wines at Cape Point Wines, and his white blends are stand-outs. Look also for his various reds, made with Syrah, Grenache, Cinsault and Touriga Nacional, many on skins in amphorae for months at a time.

As of publication Savage Red is available at Grape Collective Wine Studio on Broadway in New York for $39.99.

As of publication the Thorne and Daughters 2014 Rocking Horse is available at the Saratoga Wine Exchange in New York for $24.94. 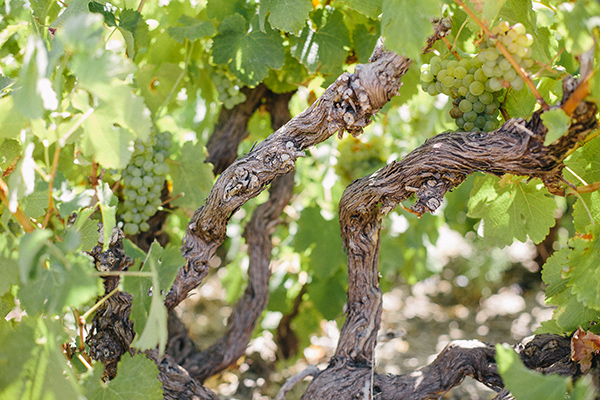 A big believer in the oft-maligned Pinotage grape, Thinus Krüger makes a chewy, beautifully ripe version. His cistrusy Chenin and unusual Grenache Gris are also worth hunting down.

As of publication the Fram Chenin Blanc 2014 is available at Saratoga Wine Exchange in New York for $22.64.

Marelise Niemann sources small plots of dry-farmed old vines across the Western Cape for her wines, including a tasty Tinta Barocca and skin-fermented Chenin Blanc/Verdelho blend.

As of publication the Momento 2014 Chenin Blanc is available at Grapeswines in New York for $32.40.

Brothers Andrew and Peter-Allan Finlayson are the third generation of the famous Walker Bay-based winemaking family. Their Pinots and Chardonnays are generating much well-deserved buzz for their complexity and refinement.

As of publication the Crystallum 2014 Pinot Noir Peter Max is available at Grapeswines in New York for $27.

Trizanne Bernard who worked at Klein Constantia and a high-profile project between the winery and two Bordeaux greats (Hubert de Bouard and Bruno Prats) before setting out on her own in 2008.

Kristen Bieler has been writing about wine, spirits and food for 15 years. Her work has appeared in a variety of consumer and trade publications. She was the editor of Food & Wine’s annual Wine Guide for seven years. For the past 12 years she has served as senior editor at the Beverage Media Publications, a network of publications for the wine and spirits trade.